Oh those spivs who have taken to cycling

By Michael Commane
I missed another Ring of Kerry cycle. I had planned to go on the cycle on Saturday. I might even have bumped into the Taoiseach while cycling it but something else turned up which meant I had to give it a miss. I have done it twice – a hard slog but a day never to be forgotten.

Maybe it’s not too noticeable outside of Dublin but the number of people on bikes is growing by the day. No doubt the bike to work scheme has made pedalling very popular.

It is a great scheme – if your employer is signed up you can go off and buy a bike and it will cost you the price minus the tax rate you are on. So, if you are on the high rate and buy a bike worth €1,000 then it will cost you €600 and if you are at the standard rate you will get if for €800. Your employer deducts the price of the bike from your salary over a one-year period.

And then along with that there is the brilliant Dublinbikes. Full marks to the newly elected Lord Mayor of Dublin, Andrew Montague, for thinking up the idea when he was a member of Dublin City Council. It is one of the best things that has ever happened in Dublin.

Bicycles are great and cycling is pure magic. And it is the perfect way to stay fit and healthy. That is, provided you are careful enough not to be run down by a car bus or truck and keep the rules of the road yourself.

I’m 62 and can still vividly remember the day my father let go of my shoulders and off I went cycling on my own. Since then I have never been off a bicycle except for two years living in Rome in the mid 1970s. Though I did manage to get an auto cycle in the Eternal City – it went on fire on me one day cycling around the Colosseum.

It scares me to think the day will come when I will no longer be able to cycle.

My first bike had no gears and then when I was 10 I got a a blue Rudge which had a Sturmey Archer three-speed. I can remember every detail about that bike. Those were the days when we were cycling Triumphs, Rudges and Raleighs. There were no mountain bikes or hybrids. And a bike with more than a three speed was exotic. I remember staring in awe one day at a racer with ten gears. It really stood out with its dropped handlebars.

Later I graduated to better and faster bikes and these days I have a few bikes and keep them at different locations. I cycle weekly to Heuston Station and park it there wbile out of Dublin.

That’s much cheaper than paying the exorbitant rate Irish Rail charges to take a bike on the train. But Irish Rail has to be complimented on its bike shed at Heuston.
Cycling is great. But these days I am noticing a phenomenon that is annoying me greatly. Then again, it is particularly easy to annoy me.

Cycling to work one day, probably day-dreaming and certainly enjoying the surroundings I suddenly heard a roar from behind. This chap, pedalling like the hammers of hell screamed an expletive at me ordering me to get out of his way and instructing me that if I wanted to go that slowly I should get off the bike.
I responded and gave him back a good lash of my tongue, of course without any expletives, verbal or otherwise.

Since that event I have been noticing the ever growing numbers of arrogant, rude and simply stupid cyclists on our roads. I keep thinking they have probably just jumped out of their Mercs, Beamers and four-wheel drives and are now transferring their machismo to two wheels. So far I have not yet come across a single rude or arrogant woman cyclist. Hopefully it will stay like that.
These chaps, dressed to kill, in the latest cycling gear, everything to ‘perfection’ really are a pain in that part of my anatomy which has been on a saddle for 57 years.

Look, I’m cycling since I was a five-year-old and getting on fine at it. I certainly don’t need to be told by any of these new cycling spivs how I should, behave on the road.

Or is it that I am simply showing my age and unwilling to accept change? Not at all. When it comes to cycling I am an inveterate snob and I cannot abide all the upstarts who have taken to two wheels.
at July 06, 2011

The Master of the Dominican Order, Gerard Timoner

A short clip from the new Master of the Dominican Order. Gerard Timoner was elected in Vietnam to the job on July 13, 2019. Setting no... 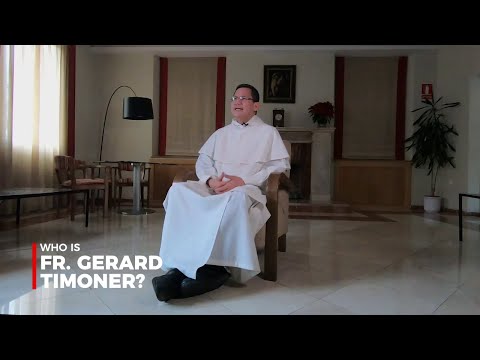 This blog is read around the world, on all five continents.

The blog was launched in June 2007.
It attempts at getting past staid, predictable comments and opinions, especially on church issues.
Hopefully it is funny, provocative, skittish, sometimes a little irreverent but never rude or insulting, always watching out for all sorts of humbug, especially of the clerical kind.
Maybe a counter balance to pious piffle and holy humbug.